Looking For An Exciting Career? Learn To Fly!

It isn't really an overlooked career choice; in fact, there are some career seekers who might have a passing thought of being a pilot. While it is an exciting career path, there aren't as many students taking training courses as in years past. If you are looking for an almost-guaranteed position, however, this is the career you might want to take a second look at.

There has never been a better time to train to be a pilot. Recently, a little-known regional airline, Republic Airways, declared bankruptcy, but it wasn't because they don't have the passengers needed to keep them going; it was because they lack the resources in pilots to keep flights in the air. If an airline does not have the pilots it needs, it loses profits and could very well lead to closures.

For new pilots, this means that with a rather large population of retiring senior pilots, there are more openings than ever before for newer pilots to enter the field. A regional airline is usually where most pilots begin their careers unless they started their career in the military. A lot of the major airlines do hire from the regional airlines, so it is possible to make your way into international flights and a higher salary over time.

What Keeps Students Away

The lack of students seems to be attributed to the lower salaries of beginning pilots with regional and larger airlines to begin with. The lower salary often keeps students from pursuing a career in the airline industry simply due to the lack of affordability in their housing and food costs. However, if a new pilot stays with an airline for several years and gains experience, their wages do rise and often are some of the highest wages across many industries.

Another reason some students stay away is the amount of cockpit hours needed in order to fly a commercial airline. It is easier for those coming from the military to obtain the hours needed, but it isn't impossible for aviation school graduates to also get the hours they need. It is possible to gain experience with private charter companies or corporate jets and if you can afford to, by renting your own plane for an hour or two occasionally.

You can receive excellent training from flight schools right across the country. It's possible to learn landings and takeoffs from flight simulators before ever sitting in a cockpit. You will receive extensive in-class lessons and the hours spent in the air do count toward your overall flight experience which you can use towards getting a job with a large airline. Contact a school like Parkland College for more information. 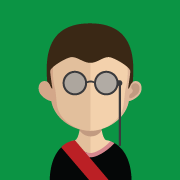 When I graduated from college, I didn't know what the future would hold for me, but I quickly learned that I would need to keep going to school. At first, I was disappointed that my four-year degree wasn't enough to help me to do what I wanted to, but after I started thinking about my options, I realized that graduate school was the right path for me. When I started, things were a little intimidating, but after I started investing more time into my studies, things started to come a little more naturally. This blog is all about creating a better life through education.